The University of the Third Age (U3A) is an international learning cooperative for older people from all walks of life who are no longer in full time employment. U3A began in France in 1972, and came to RSA in 2000 with the formation of a chapter in Cape Town.

U3A Pretoria was launched on 26 February 2002 at the Pretoria Country Club under the chairmanship of Professor George McGillivray. More than one hundred people attended the inaugural meeting.
The move from Pretoria Country Club to Brooklyn Methodist Church took place during 2006. Membership then numbered around 350 and has remained thereabouts to the present day. Brooklyn Methodist Church proved to be a central and sociable venue for our activities for the past 11 years.

While many U3As meet monthly, the members of U3A Pretoria meet four times a year, usually the last Thursday of February, May, July and October. A talk by an invited speaker is followed by tea/coffee.

About six excursions are organised in the months in which there is no meeting.

A number of short courses are offered by U3A Pretoria members. Most of these courses take place in the home of the presenter. Course fees of R20 per session are paid to the course leader at the first session, plus the cost of any materials etc. provided.

In addition, several interest groups have been formed. 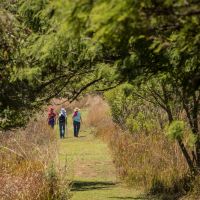 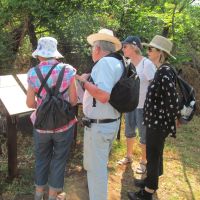